Know about Earth day and its History to celebrate this 2020 Earth day with the Earth day quotes by famous personality and activists. 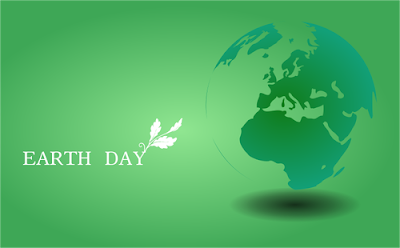 Back in 1969, it was a time when people started to get really upset because everything was getting polluted like the air, water and you remember DDT they were using it then. And those Eagle eggs were getting screwed up and the book “Silent Spring” was written. And then in 1969, we had the worst oil spill on American soil in the history of oil spills at the time. So everybody was like “Man we gotta do something”. Big business is messing up the environment and we the people don’t really want anything to do with it.

And then there popped out this one guy Senator Nelson and he said “You know what we got to do something”, I’ve been trying for a long time to get the politicians in Washington to listen. But they need to hear from the people, they need to know that people want environmental protection. And so he said let’s take a lesson from the Vietnam War activists they’re doing all these teachings where they sit down and talk about the issues that are happening about the war but let’s do it about the environment let’s do it on April 22nd, 1970.

And that day started to be called Earth Day. And it was a huge success, he started to organize the event and he didn’t have to do that much because at a grassroots level people started to organize it all over the country. It was a huge success because 20 million Americans celebrated Earth Day that year and the politicians listened. You see no matter if you were a democrat or republican everybody agreed the environment is important just like if you go out into your backyard you don’t want to pick junk back there.

That year it created the Environmental Protection Agency and it also laid the groundwork for lots of other things like that Clean Air Act and Clean Water Act and the Endangered Species Protection Act which are all good things. So Earth Day has changed just a little bit but it’s still a day to learn about environmental issues. It’s my day it’s your day it’s our day to say hey we care about the environment so much that we want to learn more about the issues that are happening right now so that we can make wise choices and that’s what Earth Day is all about.

And so we have an Earth Day challenge for you, you go outside by yourself for 15 minutes and just observe. Alright, it’s simple, but it’s a good one, that’s it. Happy Earth Day so enjoy Earth Day maybe make every day your Earth Day. Below are the Earth day quotes to make your day beautiful

Watch our Tribute to Mother Earth on World Earth day 2020

Earth rejoices our words, breathing, and peaceful steps. Let every breath, every word, and every step make Mother Earth proud of us.

Its Earth Day I wonder if we can plant mopre trees than people for a change?

Until a man duplicates a blade of grass, nature can laugh at its so-called scientific knowledge

It is going to take all of us gathering our voices and acting together, saying “Not on our watch” to create future humans, animals and the environment.

The earth laughs in flowers

There are no passengers on spaceship Earth, we all are crew.

We do not inherit the Earth from our ancestors, we borrow it from our children

You forget that the fruit belongs to all and the earth belongs to no one.

I would feel more optimistic about a bright future for man if he spends less time proving that he can outwit Nature and more time tasting her sweetness and respecting her seniority.

The Good man is a friend of all living things.

Till now man has been up against Nature; from now on he will be up against his own nature.

Humankind has not woven the web of life, we are but one thread within it. whatever we do to the web, we do to ourselves. All things are bound together, all things connect.

Nature to be commanded must be obeyed

After a visit to the beach, it is hard to believe that we live in a material world.

Look deep into the nature and you will understand everything better

Climb the mountains and get their good tidings. Nature’s peace will flow into you as sunshine flows into trees. The wind will blow their own freshness into you, and the storms their energy, while cares will drop off like autumn leaves.

Environmentalists have long been fond of saying that the sun is the only safe nuclear reactor, situated as it is some ninety-three million miles away.

When one tugs at a simgle thing to nature, he finds its attach the rest of the world

In wilderness is the preservation of the world

The earth is a fine place and worth fighting for

Keep close to nature’s heart and break clear away, once in a while and climb a mountain or spend a week in the woods. Wash your spirit clean

The wealth of the nation is its air, water, soil, forests, minerals, rivers, lakes, oceans, scenic beauty, wildlife habitats, and biodiversity… that’s all there is. That’s the whole world economy. That’s where all the economic activity and jobs came from. These biological systems are the sustaining wealth of the world.

To see a world in a grain of sand and a heaven in a wildflower, hold infinity in the palm of your hand And Eternity in an hour

A true conservationist is a man who knows that the world is not given by his fathers but borrowed from his children.

There is a pleasure in the pathless woods, there is a rapture on the lonely shore, there is a society where none intrudes, by the deep sea, and, music in a roar: I love not man the less, but nature the more.

Never doubt a small group of committed citizens can change the world,. Indeed, it is the only thing that ever has.

And this is our life, finds tongues in trees and books in the running brooks, sermons in stones and good in everything.

The proper use of science is not to conquer nature but to live in it.

I wake up in the morning asking myself what can I do today, how can I help the world today. I believe in what I do beyond a shadow of a doubt. I gave my word to this tree and to all the people that my feet would not touch the ground until I had done everything in the power to make the world aware of this problem and to stop the destruction.

Live in each season as it passes, breathe the air, drink the drink, taste the fruit, and resign yourself to the influence of each.

The earth belongs to a vast family of which many are dead, few are living and countless numbers are still unborn.

You can’t be suspicious of a tree, or accuse a bird or a squirrel of subversion or challenge the ideology of a violet

There is a rapture on the lonely shore, there is society where none intrudes, by the deep sea and music in its roar, I love not man the less but nature more.

The Earth has a skin and that skin has diseases, one of its diseases is called man.

Final words: Let us not celebrate the Earth day only on 22nd April but make a pledge to safeguard our environment every day. Do everything in our power to keep our earth safe. Use recycled and organic products to minimize waste.