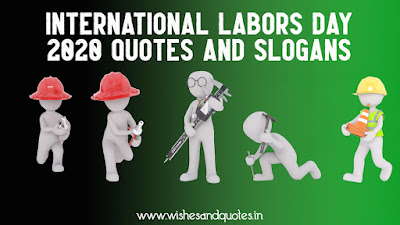 International Workers Day is a major celebration around the world and it is celebrated to commemorate the day of May 4, 1886, the Haymarket incident in Chicago also known as the Haymarket Massacre. This was a major event of the year when the workers were on a general strike for their eight-hour working day and the police were doing their job of dispersing the common people from the crowd. Suddenly, a bomb was hurled at the crowd by an unknown person and the police started firing in which four protesters were killed.
After the incident, It was decided to celebrate it on an annual basis as a May Day (in 1889) in Paris meeting through a resolution by Raymond Lavigne that international demonstrations were needed to commemorate the anniversary of the Chicago Rebellion. In the year 1891, Labors Day was officially approved by the Second International Congress to celebrate it as an annual event.

Why is Labor Day celebrated?

International Labor Day or May Day is celebrated to promote the need for an eight-hour workday, as well as to end the struggle of workers. Earlier, the working conditions of laborers were very painful as they used to work 10 to 16 hours in unsafe conditions. During the 1860s, death, injuries, and other horrific conditions were extremely common in the workplace for workers. People working the entire day were very angry until an eight-hour working day was declared.
In many industries, there was a need to raise voice for the safety of working people due to an increase in the death rate of working-class people, reducing their working hours in industries was extremely important. After a lot of efforts by workers and socialists, eight working hours were declared by the American Union of Workers at the National Convention of Chicago in 1884 as legal working time for workers. Many people sacrificed their lives during the Haymarket massacre, which took place in Chicago during the workers’ strike. Labors Day is celebrated to promote the social and economic achievements of working group people, as well as to remember the Haymarket massacre.

How is International Workers’ Day celebrated?

International Workers Day is celebrated annually as an official holiday all over the world to celebrate the achievements of the workers. People happily celebrate May Day or Labor Day by managing a big party and a lot of programs. Like the Independence Day celebration, they decorate banners and flags with colors, and parades are also organized in some places. This festival holds a historical significance throughout the world and is celebrated by the Labor Union throughout the world. 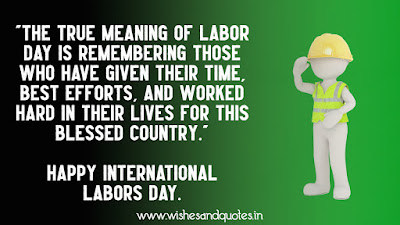 The true meaning of labor day is remembering those who have given their time, best efforts, and worked hard in their lives for this blessed country. 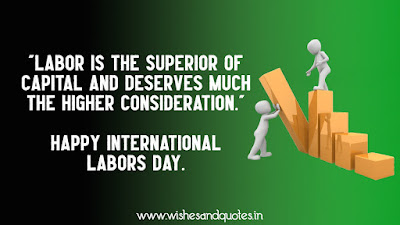 Labor is the superior of capital and deserves much the higher consideration. 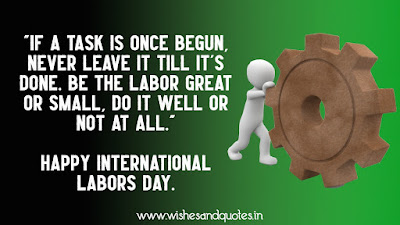 If a task is once begun, never leave it till it’s done. Be the labor great or small, do it well or not at all.

It is labor indeed that puts the difference in everything. 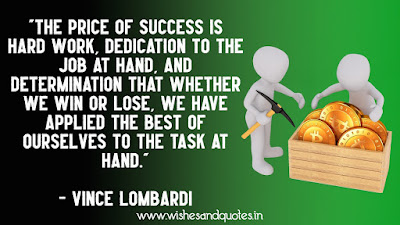 The price of success is hard work, dedication to the job at hand, and determination that whether we win or lose, we have applied the best of ourselves to the task at hand.

I learned the value of hard work by working hard. 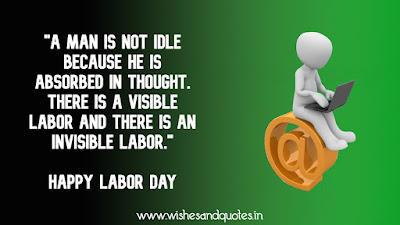 A man is not idle because he is absorbed in thought. There is a visible labor and there is an invisible labor. 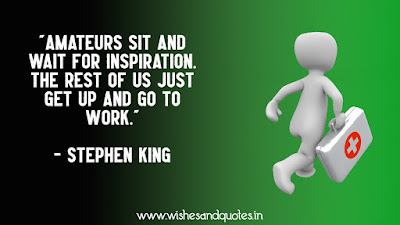 Amateurs sit and wait for inspiration. The rest of us just get up and go to work.

Nothing will work unless you do. 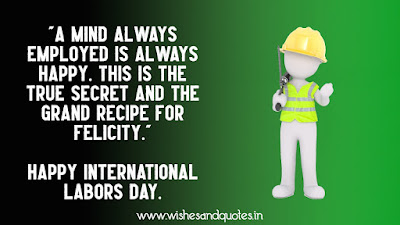 A mind always employed is always happy. This is the true secret and the grand recipe for felicity.

Making quality work is something that fills us with pride, even more, if others recognize it. 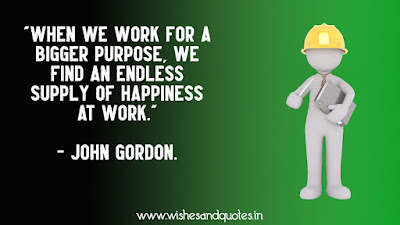 When we work for a bigger purpose, we find an endless supply of happiness at work. 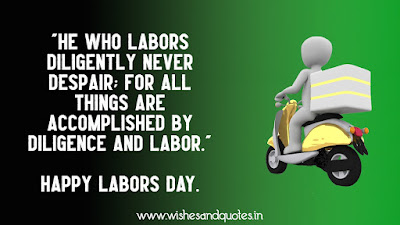 He who labors diligently never despair; for all things are accomplished by diligence and labor. 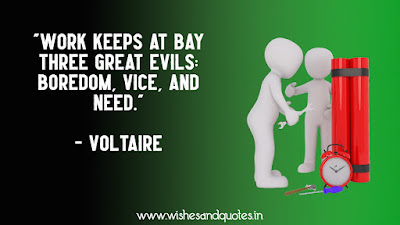 There is dignity in labor. Be proud of what you do. 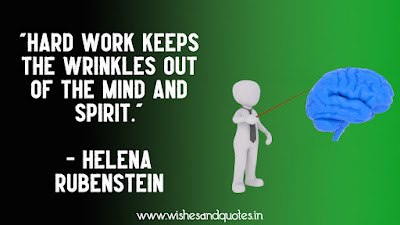 Hard work keeps the wrinkles out of the mind and spirit.

The Miracle is not that we do this work, but that we are happy to do it. 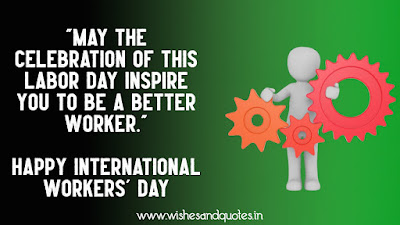 May the celebration of this labor day inspire you to be a better worker.

Without Labor, nothing prospers. 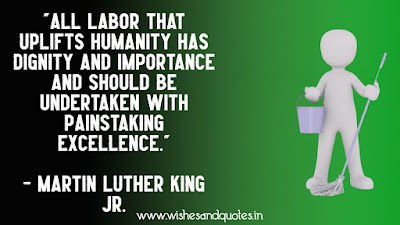 All labor that uplifts humanity has dignity and importance and should be undertaken with painstaking excellence.

Without ambition one starts nothing. Without work, one finishes nothing. The prize will not be sent to you. You have to win it.

God sells us all things at the price of labor 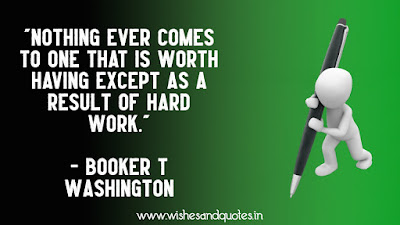 Nothing ever comes to one that is worth having except as a result of hard work.

Enthusiasm in our daily work lightens efforts and turns even labor into pleasant tasks. 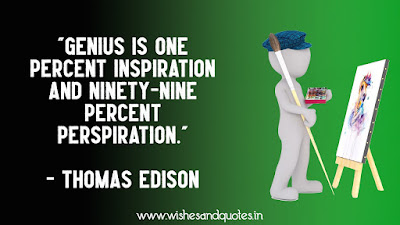 Genius is one percent inspiration and ninety-nine percent perspiration.

Work isn’t to make money, you work to justify life.

Heaven is blessed with perfect rest but the blessing of earth is toil. 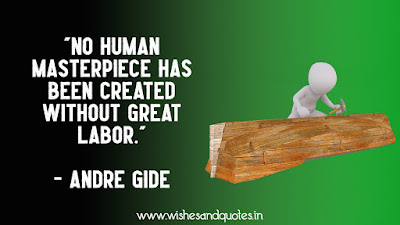 No human masterpiece has been created without great labor.

The end of labor is to gain leisure.

– Aristotle
Final Words: No work can be done without good labor. Labor is a part of our lives. Life is not all about making a good fortune and taking retirement from work to enjoy life. If you have everything in life and you are still willing to work more, a true labor spirit resides within you.
Keep smiling and stay beautiful