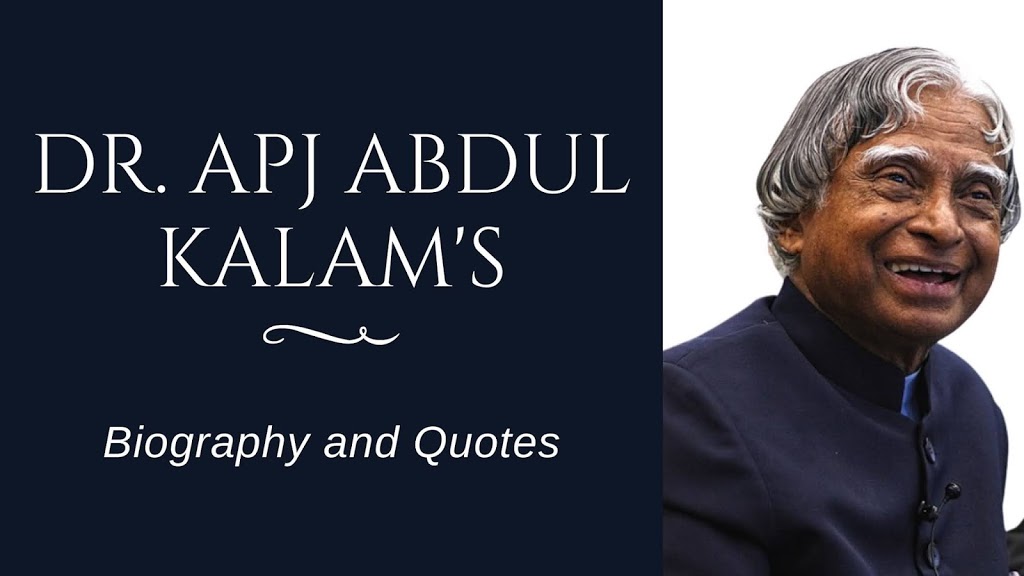 It was May 11th, 1998, when the ground shook in poker and awakened the world to see the emergence of a new India.
It was the beginning of a new era which is marked with red-letter day in the history of India.
Operation Shakti took the world by surprise and gave Shakti to India. That is now a powerful yet peace-loving nation.
Sri Attal Bihari Vajpayee the then Prime Minister said

India has progressed with a number of scientific advances taking place from time to time. Here a significant credit goes to Dr. APJ Abdul Kalam who had dreamed and made India a self-reliant strong nation.

Born to Jainulabiddin and Ashiamma as the youngest of the five children. Dr. APJ Abdul Kalam coming from a humble beginning, with early schooling in Rameshwaram, Dr. Abdul Kalam reached to the highest seat of the country The President of India.
Respecting all the religions since his childhood Kalam used to visit the mosque, temples, and the church before going to school.
Later graduating in physics at the St. Joseph’s College Tiruchirappalli Dr. Kalam further graduated in aerospace engineering from Madras Institute of Technology.

Adding to the biography of APJ Abdul Kalam, In the first phase of his career, Dr. Kalam joined ADE at Bangalore as a senior scientific assistant in 1958 and designed the first hovercraft before joining ISRO.
In his two decades association with ISRO till 1982 Dr. Kalam turned into a successful space scientist and developed satellite launch vehicles for SLV-3 rockets to put Rohini satellite into orbit in July 1980.

The second phase of Dr. APJ Abdul Kalam’s career started with joining the Defense Research and Development Organisation DRDO in 1982.
Here Dr. Kalam’s vision resulted in the integrated guided missile development program IGMDP that has ensured India achieving an enviable position in missile technologies of propulsion, guidance controls, and warheads despite the sanctions imposed by the control regime.
Under Kalam’s leadership, India has been able to develop strategic missiles like Agni and Prithvi and tactical missiles like NAG, Akash, and Trishul.
This has paved the way for India to enter the elite club of nations to have the ability to design develop and deploy long-range missiles, indigenous missile defense systems, and underwater launch capacity.

Dr. Abdul Kalam was the scientific advisor to the defense minister and the secretary Department of Defense Research and Development from July 1992 to December 1999.
During this period Kalam played a crucial role in the Pokhran 2 nuclear tests in collaboration with the Department of atomic energy.
He gave thrust to self-reliance in defense systems by progressing multiple development tasks and mission projects such as light combat aircraft and the electronic warfare programs.
During this phase Kalam as chairman of the Technology Information Forecasting And Assessment Council “TIFAK” also got involved with the Creation of Technology Vision 2020 and the India Millennium Missions IMM 2020 which is an integrated version of technology visions and India’s security concerns.
Dr. Kalam served as the principal scientific adviser to the Government of India in the rank of cabinet minister from November 1999 to November 2001 and was responsible for evolving policies strategies and missions for many development applications.

Dr. APJ Abdul Kalam’s fourth phase started with joining an Anna University at Chennai as a professor of technology and societal transformation.
This fourth phase took a sudden turn when he became the president of India on 25th July 2002.
Honed with his experiences at ISRO and DRDO Dr. Kalam also brought a spirit of dedicated service an inspirational zeal to this highest office which earned Dr. Abdul Kalam the title of the People’s President.
An enthusiast of arts and culture he used to spare some time playing veena to meet with his love for music.
After demitting the office in 2007 Dr. Kalam continued his passion for education and societal transformation addressing various cross-sections of society from school children to policymakers.

In his literary pursuit, he has written many books some of the books written by the legendary Kalam are listed below
These are the few books that have become household names in India and among the Indian nationals abroad.  These books of Doctor Kalam have been translated into many Indian languages.

Here ar Dr. APJ Abdul kalam quotes in English to keep you motivated in all the ups and downs of your life.

A small aim is a crime; have great aim.

All Birds find shelter during rains. But Eagle avoids rain by flying above clouds.

Luxury and Lies have huge maintenance costs. But truth and simplicity are self-maintained without any cost.

You have to dream before your dreams can come true.

Never stop fighting until you arrive at your destined place – that is, the unique you. Have an aim in life, continuously acquire knowledge, work hard, and have perseverance to realise the great life.

I’m not a handsome guy, but I can give my hand to someone who needs help. Beauty is in the heart, not in the face.

No religion has mandated killing others as a requirement for its sustenance or promotion.

All of us do not have equal talent. But, all of us have an equal opportunity to develop our talents.

Man needs difficulties in life because they are necessary to enjoy success.

God, our Creator, has stored within our minds and personalities, great potential strength and ability. Prayer helps us tap and develop these powers.

Look at the sky. We are not alone. The whole universe is friendly to us and conspires only to give the best to those who dream and work.

Be more dedicated to making solid achievements than in running after swift but synthetic happiness.

My view is that at a younger age your optimism is more and you have more imagination etc. You have less bias.

Accept your past without regrets, handle your present with confidence, and face your future without fear.

Poetry comes from the highest happiness or the deepest sorrow.

Truth is like surgery, it hurts but it cures. A lie is like a pain killer, it gives instant relief but has side effects forever.

Unless India stands up to the world, no one will respect us. In this world, fear has no place. Only strength respects strength.

To succeed in your mission, you must have single-minded devotion to your goal.

You have to dream before your dreams can come true

Look at the sky. We are not alone. The whole universe is friendly to us and conspires only to those who dream and work.

A dream is not that which you see while sleeping, it is something that doesn’t let you sleep.

The purpose of education is to make good human beings with skill and expertise. Enlightened human beings can be created by teachers.

The best brains of the nations may be found on the last benches of the classrooms.

Excellence is a continuous process and not an accident.

Education is the most powerful weapon which can be used to change the world.

Educationists should build the capacities of the spirit of inquiry, creativity, entrepreneurial, and moral leadership among students and become their role models.

Creativity is the key to success in the future, and primary education is where teachers can bring creativity in children at that level.

If you fail, never give up because FAIL means “First Attempt In Learning”.

Creativity is the key to success in the future, and primary education is where teachers can bring creativity in children at that level.

No sanction can stand against ignited minds.

While children are struggling to be unique, the world around them is trying all means to make them look like everybody else.

One of the very important characteristics of a student is to question. Let the students ask questions.

A teacher should have a creative mind.

The purpose of education is to make good human beings with skill and expertise… Enlightened human beings can be created by teachers.

Great teachers emanate out of knowledge, passion and compassion.

Real education enhances the dignity of a human being and increases his or her self-respect. If only the real sense of education could be realized by each individual and carried forward in every field of human activity, the world will be so much a better place to live in.

Ultimately, education in its real sense is the pursuit of truth. It is an endless journey through knowledge and enlightenment.

Final Words: Dr. APJ Abdul Kalam, the man who had a very humble beginning and started his career from the shores of Rameshwaram, who believed in both the Quran and Gita. Who daily offered Namaz and played veena continues to live in the heart and minds of every Indian.
Also read:
Good morning wishes
Best Love Shayari
Follow Wishes and Quotes on social media to get daily updates on motivation and festival wishes
Youtube
Instagram
Facebook
Twitter
Share this post if you like it from the share buttons below👇